After many days behind bars over allegations of fraud, Naira Marley has regained freedom. 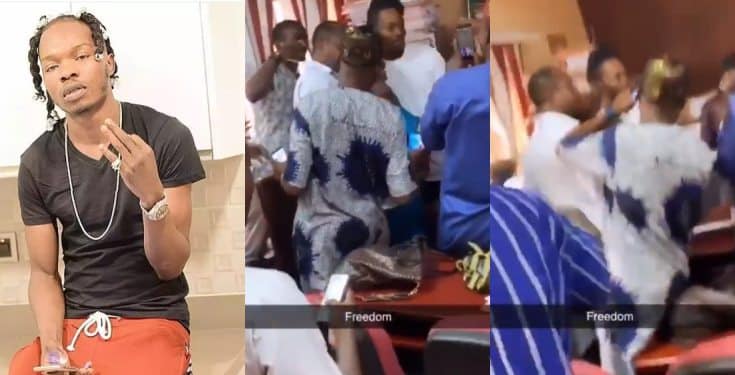 Musician, Azeez Fashola aka Naira Marley has finally regained freedom.
He was released today after perfecting his bail condition.
The artiste was arrested and charged to court by the Economic and Financial Crimes Commission on an 11 count charge of advance fee fraud popularly called ‘yahoo yahoo’.
Naira Marley, who had been in prison custody pending when he would perfect his bail conditions following his arraignment by the Economic and Financial Crimes Commission (EFCC) before Justice Nicolas Oweibo of Federal High Court, Lagos.
Justice Oweibo had said one of the sureties must be on Grade Level 10 in the federal or state employment.
The other surety must have a landed property within the court’s jurisdiction.
The judge directed the EFCC to verify the bail terms and adjourned until October 22 for trial.
The EFCC is prosecuting Naira Marley for alleged credit card fraud.
He was charged with 11 counts of violating the Cyber Crimes Act of 2015.
The defendant pleaded not guilty.
The musician risks seven years in jail if found guilty.
Watch video below:
Share This Post On social Media
==>>Join Bbnaija 2020 WhatsApp Group