Beyond the voice of biggie 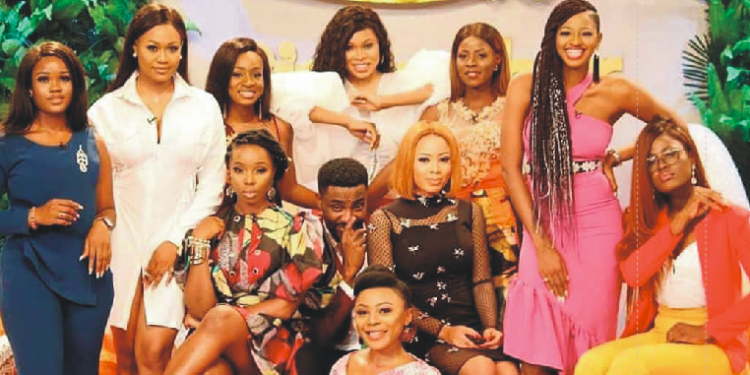 As Big Brother Naija reality show is about to enter another season, one of the myths of the Big Brother show is the voice of the  all-seeing instructor called Biggie. He is to be heard, imagined, but not to be seen; neither by the housemates nor fans of the show.

The curious case of this stern and sometimes genial personality, one could liken to that of Nigeria’s mask-styled Afrocentric singer, Bisade Ologunde, aka Lagbaja, who separates career from his person.

But just as some people have bumped into the singer without his mask, many would have met Biggie without knowing he is the one.

Those who think they know Biggie may just be wrong, because the organisers go the miles to conceal his identity. Not even the housemates who only build a mental image of him, going by their daily interaction and some feel of intimacy.

Indeed, Big Brother is all you need to know of him. He is just a voice.

Those who follow the show closely would tell you that each time you think you have Biggie figured out; he takes an entirely different direction.

Recall a task given to housemates few seasons ago, whereby they were asked to imagine what Biggie is. The outcome was an interesting exercise.

Efe came up with a picture depicting Biggie as a faceless, yet ubiquitous person who sees everything. Debie Rise thought he was a father figure who is warm and stern at the same time, while TTT drew a faceless, yet omnipresent person. Uriels’ imagination was that of a man who wore glasses and was part of the beard gang,

while TBoss depicted him as a Cyclops with one eye that could see everything. She even gave him a funny hairdo. Marvis on the other hand merely scrawled the word ‘Big Brother’ and perched a crown at the end of the Big, while Kemen’s picture was a bit confusing. The only visible thing on it was the Big Brother logo.

Read Also: No Issues Between Cee-C And I –Princess, Ex-BBN Housemate

Listening to why they had pictured him the way they did, Big Brother commended housemates and told them that the Big Brother house was also a forum for continuous and constant learning as well as an avenue for showcasing their creativity.

Indeed, the housemates were all correct; Biggie was everything they ever painted, even more than they ever imagined.

Fast forward to last year’s show, colleagues were quick to remind Alex that she would see Leo again, after the former appeared to be crying her heart out. ‘No one has died,” one of them told her. With this, I imagine why colleagues cry when their close pals are evicted in a show where none of them would remain forever. And I thought of the outside world as some heaven, and the Big Brother House a kind of earth.

Imagine 20 housemates as creations that occupy the earth in this show when it starts on June 30, 2019. As the show progresses, they must ‘die’ one after another in what is called eviction. They cry freely for their close pals, but are consoled that they will meet outside the show to part no more. Imagine how Leo was looking

when he joined Ebuka on stage after his eviction. Looking at Alex from the screen as she cried uncontrollably, he said she was the reason he was feeling sober; in essence, his grieve was not for losing the prize money.

Imagine how our departed ones look down at us, unable to come back, unable to touch or talk back to us… And just as we talk about the judgment day, the society, the fans, already have their ways of judging these housemates, and some will be stunned by other realities when they come out. The prize money is the earthly reward,

how the society receives each housemate, and the fortune they make as a result of their three-month sojourn is the real reward of the ‘judgement day’.

I look forward to the reality of another Big Brother Naija in its usual edutainment form.

No Issues Between Cee-C And I –Princess, Ex-BBN Housemate