“Where women gather together, failure is impossible” – Tacha tells Mercy 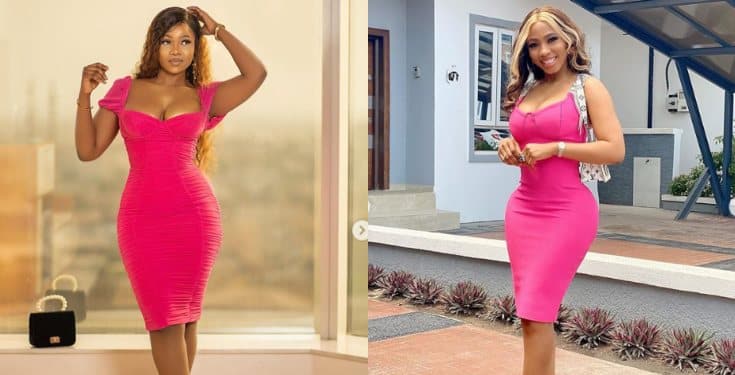 This is coming after they both signed an endorsement deal with same company recently. Mercy shared her good news about the endorsement on Twitter and Tacha replied her writing;

“wherever WOMEN gather together FAILURE is IMPOSSIBLE Fire“ 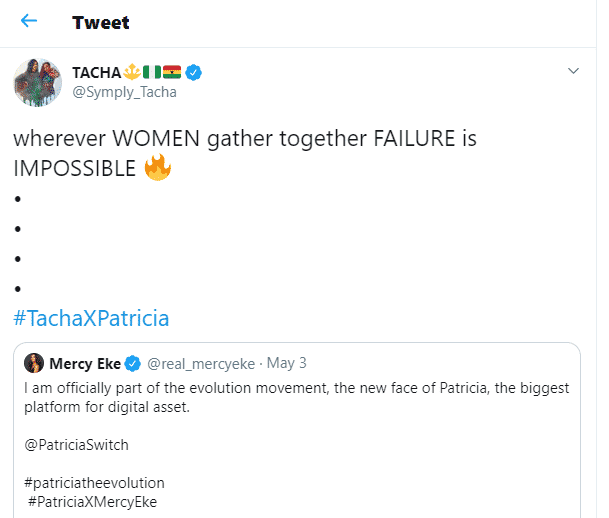 As we all know, Tacha and Mercy’s relationship has been on a rough path before and after the 4th season of the reality show which made them both popular.

Recall that a lot of hands pointed at Mercy when Tacha was disqualified from the show after their altercation which also gave Mercy some strikes in the house.

The two beautiful ladies and their fans have been at war since then, so this tweet by Tacha seems to be going in the right direction.